04Interview with the Vice-President 05Highlights of the year 06Success stories

Highlights of the year

At its 206th meeting, held in Bucharest, Romania on 10-11 April 2019, the Committee of Senior Officials, the COST General Assembly, approved South Africa’s request to become the first COST Partner Member. By so doing, South Africa will maintain a budget dedicated to the participation of its nationals in COST Actions. This will give them more opportunities to participate in Actions and strengthen and establish mutually beneficial cooperation with European researchers, and vice versa.

As an International Partner Country, South Africa had already been actively involved in the COST programme, being one of four non-COST countries having a reciprocal agreement with COST between 2009-2014. In 2019, 19 COST Actions collaborated with numerous research institutions and universities based in South Africa, mainly focusing on health, raw materials, and the circular economy.

He is currently a full professor at the Instituto Superior Técnico, at the University of Lisbon in Portugal and co-founder of IN+, the Centre for Innovation, Technology and Policy Research. The professor was President of Fundação para a Ciência e a Tecnologia (the Portuguese Foundation for Science and Technology) from 2016 to 2019, and director of the MIT Portugal Programme from 1996 to 2016. He is also a member of the Rolls-Royce Environmental Advisory Committee.

Read an interview with the President here

We need to get stakeholders to understand the need, resources, added-values and impact of science communication”

On 2 October 2019, the kick-off meeting of the newly established COST Cross-Cutting Activity (CCA) on science communication took place in Brussels, Belgium. This CCA, which is running as a pilot from October 2019 to October 2021, aims to achieve high-quality, evidence based and cross-sectoral science communication across Europe. This global objective is the key focus of the high level CCA network, comprising researchers, journalists, policymakers, and representatives from public institutions. Through this initiative, COST provides CCA members with a platform for exchange between 43 organisations active in the wider field of science communication.

The COST Strategic Plan introduces the CCA as a tool to better connect policymakers and research and innovation (R&I) players to share best practices. The primary beneficiaries of the outcomes are COST Action participants and the wider R&I (policy) community across Europe.

Other CCA initiatives foreseen for the future will also address horizontal topics in line with the European Research Area framework.

On 8 October, Professor Didier Queloz, a member of COST Action ORIGINS – Origins and evolution of life on Earth in the Universe, was awarded the 2019 Nobel Prize in Physics together with James Peebles and Michel Mayor. Half of the prize was jointly awarded to Didier Queloz of the universities of Geneva, Switzerland and Cambridge, United Kingdom and Michel Mayor of the University of Geneva for their discovery of ‘an exoplanet orbiting a solar-type star’. Since their first discovery in 1995, more than 4 000 exoplanets have been found in the Milky Way, including Earth-like planets. The other half of the prize went to James Peebles of Princeton University for ‘theoretical discoveries in physical cosmology’, which formed the basis of our understanding of the universe’s history after the Big Bang.

When we discovered the first exoplanet, it was pretty obvious that this was something important, even though not everyone believed us at the time.

The 71st edition of the Engineering Emmy Awards rewarded the Joint Photographic Experts Group (JPEG) of which Professor Touradj Ebrahimi, Chair of COST Action Qualinet (European network on quality of experience in multimedia systems and services), is a member. The professor, who has participated in five different COST Actions, collected the award on behalf of the JPEG Standardisation Committee on 23 October 2019. These awards recognise individuals, companies or organisations for developments in broadcast technology.

The ‘Oscars of Science’ go to COST Action researchers

Two COST Action participants have been awarded the 2020 Breakthrough Prize in the field of life sciences, mathematics and fundamental physics, also known as the ‘Oscars of Science’. Professor Rezzolla, Chair of COST Action NewCompStar: Exploring fundamental physics with compact stars, was selected as an award-winning researchers for capturing the first-ever image of a black hole by the Event Horizon Telescope. The techniques and equations used for the research and capturing the image of a black hole were developed within the Action. Dr Samaya Nissanke, working group leader in the COST Action Gravitational waves, black holes and fundamental physics, was awarded the New Horizons Prize in Physics together with Jo Dunkley from Princeton University, USA, and Kendrick Smith from the Perimeter Institute, Canada, “for the development of novel techniques to extract fundamental physics from astronomical data”.

The Oscars of Science

The 2020 Breakthrough Prize in Fundamental Physics 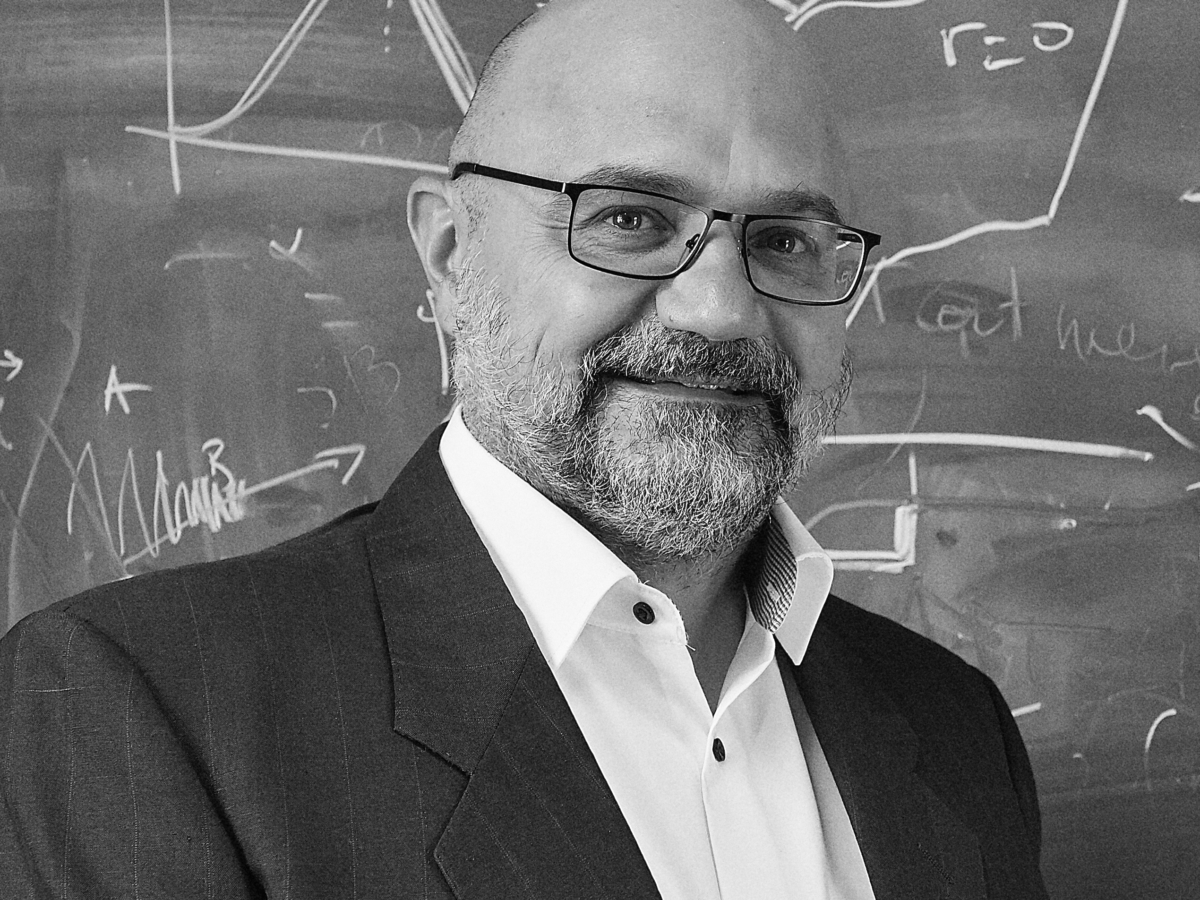 “The Breakthrough Prize is a testimony of what can be achieved when skills and talents from many different scientists are combined in a collaborative manner. This is also the spirit that is behind COST and COST Actions, whose ultimate goal is to bring together scientists in the pursue of scientific research that cannot be achieved otherwise.” 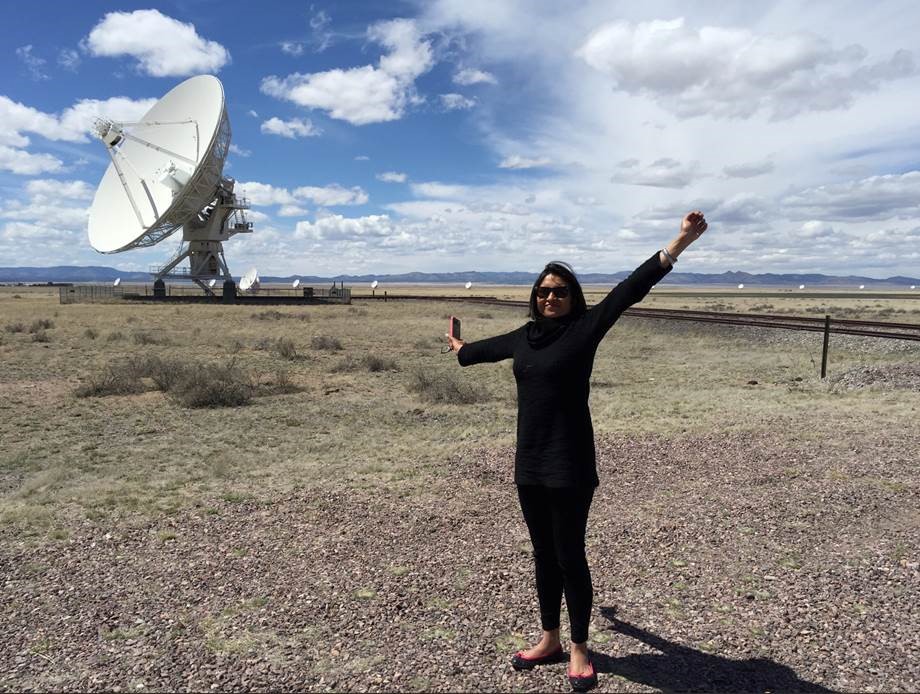 “I am delighted and honoured to be awarded the New Horizon Prize in Physics with Profs. Dunkley and Smith. It is an absolute privilege to be working in this exciting fast-paced and observationally driven new field of gravitational wave and multi-messenger astrophysics. I am indebted to my many colleagues, and those members of this EU Cost Action, for their wonderful support, many scientific interactions and collaborations over the last years enabled by this Action.” 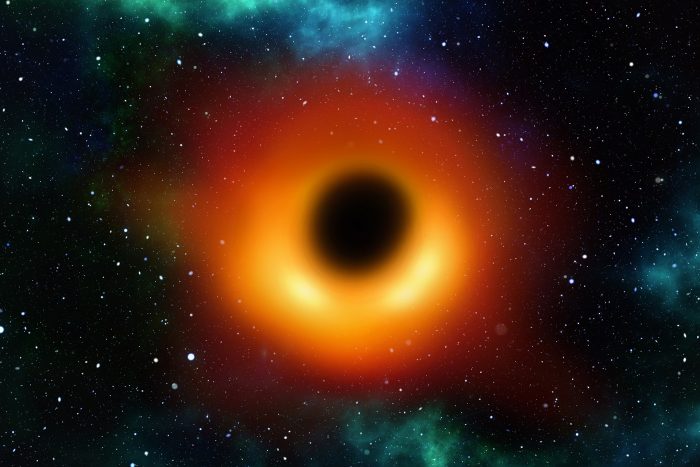 The first image of a supermassive black hole

At the 207th Committee of Senior Officials meeting, held in Limassol, Cyprus on 13 November 2019, Tea Glažar, MSc, was elected as the COST Association’s Vice-President. The appointment, lasting for three years, includes the responsibility for chairing the Executive Board which oversees the activities of the COST Administration. Tea Glažar is currently Secretary of the Science Division, Science Directorate at the Ministry of Education, Science and Sport in Ljubljana. Among other roles, she acts as the Slovenian representative to the COST Committee of Senior Officials, the Republic of Slovenia’s delegate to the CERN Financial Committee, and Slovenia’s adviser to the CERN Council.

Read an interview with the Vice-President here

In November 2019, the COST Association launched an Innovators’ Grant pilot scheme, the aim of which is to enhance the pace and success of breakthrough innovations and to build bridges between the research in COST Actions and marketable applications and/or societal solutions. This Innovators’ Grant complements existing initiatives on innovation in Horizon 2020 as it focuses on networking activities and is only available to participants in running COST Actions. COST will maintain an interface with other relevant initiatives, such as the ERC Proof of Concept, the EIC, and FET Open, among others. The COST Innovators’ Grant activities funded under the pilot scheme will run from 1 May 2020 until 30 April 2021.